According to a new study by the UBC Sauder School of Business and French researchers, people with obesity tend to be more receptive to food marketing  – but when  their weight drops significantly, so does their reaction to marketing.

Obesity rates have risen dramatically in developed countries over the past 40 years – and many people have assumed that food trade is at least partly to blame. But are obese people really more sensitive to food marketing?  And if they are, is it a permanent predisposition or can it change over time?

For the study, which was published in the Journal of Consumer Psychology, the researchers followed three groups  of  patients:  with severe obesity before and after a gastric bypass; obese people who have not undergone bariatric surgery and people who have not been obese.

To measure their ability to respond to food marketing, the researchers evaluated what are called framing effects – that is, how the “framework” of branding, advertising and labeling thus influences food evaluations and choices. In one study, participants were asked to estimate the calorie content of well-known snacks and beverages, including some, which traders usually classify as healthy (e.g., apple juice, granola bars), and others; which are not classified as healthy (ie soft drinks, chocolate bars).

The researchers found that everyone underestimated the calorie content of snacks that were classified as healthy, but the effect was more pronounced in obese people.

To further test the effect of framing, the researchers asked participants to hypothetically choose a portion of french fries from a fast food restaurant and provided them with the nutritional information they needed to make an informed decision. The three options were always the same in quantity – 71g, 117g and 154g – but in one case they were labeled small, medium and large, and in another case the same portions were labeled mini, small and medium: a tactic of marketing aimed at making larger portions seem more reasonable.

“We measured how likely people were sensitive to this setting and whether they would change the choice of the amount of french fries depending on how the portions are labeled,” explains Dr. Cornil, who says people with obesity are more likely to follow. labeling and not the actual quantity information – so they would choose the portion labeled “medium” even if it is quite large.

In general, the researchers, who worked closely with the Pitié-Salpêtrière Hospital in Paris, found that obese people tended to be more receptive to food marketing – but when they lost a significant amount of weight due to bariatric surgery, their level of reaction to food trade has fallen substantially. 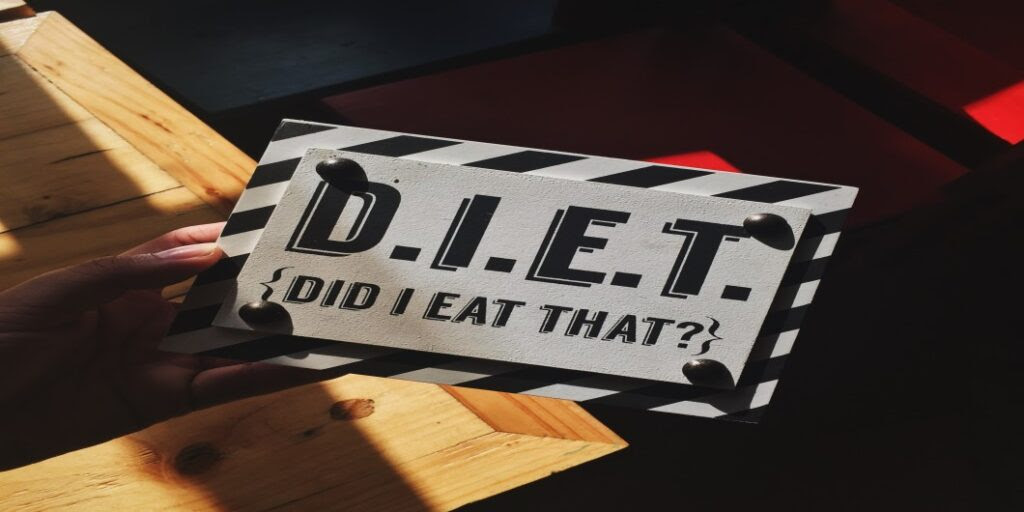 Dr. Cornil says the findings are particularly important because, for years, researchers have assumed that marketing messages – especially for high-calorie, low-nutrition foods – are at least partially responsible for the obesity epidemic , but not there was empirical clarity evidence.

Our studies have similar results to the above. Dahna users, who have chosen to change their lifestyle, give up high-calorie foods and choose recipes from the Mediterranean diet, tell us that after a while, the Dahna app is not just a diet app, but has become part of their daily routine. At the same time, even their behavior has changed! I no longer stock up on food and implicitly I no longer feel the impulsive need for high calorie foods.

Dahna is your ally for a healthy lifestyle! Download the Dahna App!

In the cerebellum there is a new target for suppressing hunger

Scientists have identified a completely new way in which the brain signals satiety after meals. The findings set a target for therapies that could dramatically reduce overeating. People with Prader Willi syndrome, a...
Read

A preclinical study by the Charles Perkins Center, University of Sydney, which compares the impact of diet versus drugs on the inner workings of our cells, found that nutrition has a much...
Read

Moderate amounts of caffeine are not linked to maternal health risks

A study conducted by researchers at the Perelman School of Medicine, the University of Pennsylvania and the National Institutes of Health, which targeted 2,529 pregnant women, found that low caffeine consumption could...
Read

Gestational diabetes is a temporary condition that occurs only during pregnancy and in which the body does not produce an adequate amount of insulin, which causes the blood glucose level to rise....
Read

Three ways to reduce the carbon footprint of household food

Most consumers want to make smart food purchases for their wallet, health and the environment. Although switching to a vegetarian or vegan diet may reduce the impact on greenhouse gas emissions, it...
Read

The Flu and Heart Disease: The Surprising Connection That Should Convince You to Schedule Your Vaccination

A new study shows that patients with cardiovascular disease have an increased risk of serious complications from the flu, whether they have reached retirement age or not. Influenza virus infection in patients...
Read

As women approach menopause, the length of the menstrual cycle often becomes longer. The timing of these changes could provide clues about a person’s risk of developing heart disease, according to a new...
Read

Researchers at the University of Utah and Gyeongsang National University in South Korea have developed a convenient, low-cost bioelectric sensor that has the ability to measure electromyographic signals generated in muscles when...
Read

New research among the world’s largest consumers of dairy products has shown that people with higher milk fat intakes, which are measured by the level of fatty acids in the blood, have...
Read
See all articles

This website uses cookies to improve your experience while you navigate through the website. Out of these cookies, the cookies that are categorized as necessary are stored on your browser as they are essential for the working of basic functionalities of the website. We also use third-party cookies that help us analyze and understand how you use this website. These cookies will be stored in your browser only with your consent. You also have the option to opt-out of these cookies. But opting out of some of these cookies may have an effect on your browsing experience.
Necessary Always Enabled
Necessary cookies are absolutely essential for the website to function properly. This category only includes cookies that ensures basic functionalities and security features of the website. These cookies do not store any personal information.
Non-necessary
Any cookies that may not be particularly necessary for the website to function and is used specifically to collect user personal data via analytics, ads, other embedded contents are termed as non-necessary cookies. It is mandatory to procure user consent prior to running these cookies on your website.
SAVE & ACCEPT